Most Avodart side effects are exactly the same as those for Propecia. These include risks relating to reproductive organs, libido and depression (1).

However, there are a few extra risks you need to know about. This review reveals what they are, and also takes a look at generic Avodart.

Avodart Compared With Propecia and Proscar

Both dutasteride (Avodart) and finasteride (Propecia and Proscar) are FDA approved prescription only drugs.

And dutasteride and finasteride also work the same way too (by suppressing the enzyme 5-alpha reductase from converting testosterone into the much stronger dihydrostestosterone).

However, there is a big difference between these two drugs.

The differences Between Dutasteride and Finasteride

Dutasteride blocks both 5-alpha reductase types 1 and 2, whereas finasteride only blocks type 2 (1).

This makes dutasteride more effective and so only a smaller amount is needed to treat the prostate – just 0.5 mg of dutasteride (as an Avodart capsule) compared with 5 mg of finasteride (as a Proscar pill). 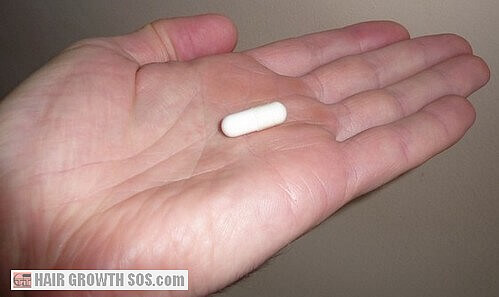 As for hair loss, finasteride is prescribed at a much smaller dose (a 1 mg Propecia pill).

This creates all sorts of problems for any man who finds finasteride ineffective and then wants to try dutasteride instead:

1. He will first need an off-label (i.e., for use not as shown on the label) prescription by a doctor who’s willing to help provide him with a drug outside its intended use.

2. If a doctor did help him (some do by the way) he would then need to somehow split each Avodart capsule (which contains dutasteride as a messy gel) into smaller portions so he can get a regular daily dose.

3. But, since the optimum dose is unknown, he might then take a higher dose than he needs (which, of course, can increase the risk of Avodart side effects developing).

4. Dutasteride stays inside the body much longer than finasteride does. This means that it can easily accumulate if the dose is too high. So, if Avodart side effects do develop, they’re likely to last longer too.

It’s quite clear then, that using drugs to treat hair loss can create many potential problems.

Unlike Avodart, the method I used to successfully stop my own hair loss has no such risks (they're hands-on exercises).

And they're now being used by hundreds of men and also women (unlike dutasteride and finasteride which state "for men only" but can still cause adverse side effects).

Here's one of many testimonials received that you might find interesting:

Visit this page and you'll see plenty more reviews like that from men and women. Most are from men as you would expect, since it's mostly men who suffer this type of hair loss and therefore form the majority of the readership.

Some men who fail to get their doctor to prescribe Avodart for their hair loss (which will probably be almost all doctors) may be tempted to try and get hold of the drug from the Internet instead (i.e., perhaps where no prescription is needed, and it’s a lot cheaper).

So would the side effects be any different if you tried a generic version of Avodart?

In theory, the side effects from generic Avodart should be exactly the same as they are for the brand name version.

But, there is a possibility that some other excipient ingredient (i.e., something that the brand name version does not contain) might cause some other adverse reaction.

Clearly, if any man who chose to use dutasteride for his hair loss were to overdose, he should report this to his doctor (i.e., even if he didn’t notice any side effects).

Saw palmetto Instead of Avodart?

Suppose someone had been taking Propecia for quite some time* but not seen any hair regrowth effects. They could start wondering whether blocking 5-alpha reductase type 1 as well as type 2 would make a difference.

So they might then start thinking about trying Avodart instead.

* It could take a year before you know whether Propecia is working (2).

But if they can't get a doctor to prescribe Avodart for them (or are worried about any of the problems mentioned in this review) they might try taking saw palmetto alongside Propecia instead. That's because, like dutasteride, saw palmetto also blocks both 5-alpha reductase type 1 and type 2 (3).

Note though, that saw palmetto is a much weaker anti-androgen than drug products. So, depending on the dose taken, saw palmetto will most probably have a much lesser effect than dutasteride.

Hair loss can make many men feel truly desperate for a solution. And willing to try almost anything to keep their hair, or promote hair regrowth to get it back.

But hopefully this review has shown that choosing Propecia, Proscar or Avodart may carry risks, can involve a degree of complexity and, overall, might not be such a good idea.

Learn how I developed my own method to beat hair loss.