The Risks to Men, Women and Children Explained

Most men know there can be finasteride side effects but still take this drug because it's been FDA approved to treat hair loss. So, is it worth the risk?

This review answers the following important questions which should be asked before anyone starts popping Propecia or Proscar pills:

Finasteride Side Effects from Taking Propecia

Propecia Lawsuits: Was Enough Warning Given?

Should You Take Proscar For Hair Loss?

Can Proscar Cause Even Worse Side Effects?

Can Women And Children Suffer Finasteride Side Effects? 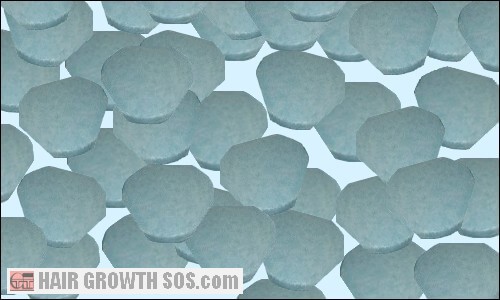 Propecia is one of the most highly profitable hair loss products ever, bringing in millions of dollars to the manufacturer (Merck) every year.

So, despite the many possible side effects from finasteride (as you’ll see below), this product is still regarded as the treatment of choice for thousands of men with hair loss (androgenetic alopecia).

The reason why so many men choose Propecia is almost certainly because it has FDA approval to treat hair loss following positive results in clinical trials (1).

The official Propecia website states that results show finasteride can help hair grow on the crown of the head (vertex) and the middle front area (2).

But it also states that it’s "not known" whether or not it can help with a receding hairline. (This, despite 5 years of clinical trials!)

Nevertheless, those men who took part in the trials experienced the following:

1. A decrease in their rate of hair loss.

2. They managed to keep the hair they already had.

3. The appearance of their hair improved.

4. They could see new hair growing.

5. A reduction in bald spot size.

The official website states that 9 out of 10 men experienced these positive results.

But I’m not so sure:

The website states that about half (48%) saw some hair regrowth and another 42% experienced no further hair loss. So, together this gives the 90% success rate.

However, 25% of those men taking a placebo (sugar pill) also had "no further hair loss". So this suggests it might only be 17% who managed to stop their hair loss from the actions of the drug (i.e., 42% minus 25%).

So it seems more likely to me that approximately 2 out of 3 men will either stop their hair loss or experience some hair regrowth as well.

But whichever way you look at the numbers, this drug did produce positive results, did get FDA approval, and did enter the market.

This, alongside plenty of news coverage, press exposure and heavy marketing, meant that millions of men with hair loss started using finasteride.

Finasteride Side Effects from Taking Propecia

Reports on how common finasteride side effects are, vary quite a bit. The official website states that each of the side effects occurred in less than 2% of the men in the trials.

But in one small trial (54 men) it’s been reported that 96% had reproductive organ problems some months after they stopped taking the drug.

And in between these two extremes are other reports which state that the number of men who actually bother to report side effects is between just 5% and 10%. Which, of course, strongly suggests that many men feel embarrassed to report the side effects (which often involve erectile dysfunction) to their doctor. 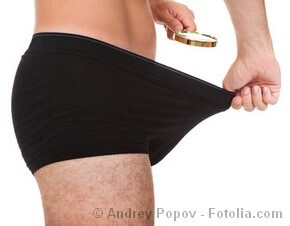 Here’s a list of just some finasteride side effects (3) that have been reported:

As you can see, quite a few side effects from finasteride are possible. Which, of course, means a lot of potential lawsuits if some of the more serious side effects start to develop.

Propecia Lawsuits: Was Enough Warning Given?

Just how serious can finasteride side effects get if hundreds of men are now filing lawsuits against the manufacturer? After giving its approval for Propecia to treat hair loss, it then took twenty years for the FDA to report that there could be serious side effects from finasteride!

So that’s a surprisingly long time before both the warnings came out and the lawsuits against Merck began to appear.

But, appear they did.

Propecia lawsuit activity has now increased – hundreds of men have now joined dozens of class-action (i.e., group) lawsuits filed against the manufacturer Merck following the harm they claim this drug has caused them (5). 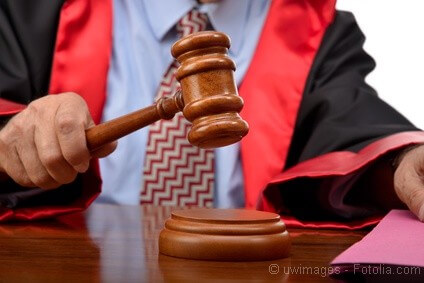 And that so many are now beginning to take the fight to Merck (on the grounds of product liability) strongly suggests that they did not receive adequate warning about the potentially devastating side effects finasteride can cause.

Today, Merck do post some such warnings on their Propecia website, but for how long this has been the case is not clear.

However, any manufacturer surely has a duty of care to its customers, and a responsibility to ensure that thorough testing for consumer safety is done before any new product enters the market.

Any man who took Propecia in the past who was unaware of the full list of potential finasteride side effects due to insufficient labeling, probably has a very strong case.

Other, more recent Propecia victims might have read all about the potential risks beforehand. But, because (official) statistics show there's only a very small percentage of men who suffer serious side effects, they thought they'd be safe.

So, now you know all about the risk of finasteride side effects from Procecia, learn what might happen if you use the same drug at a different dose (Proscar).

Should You Take Proscar For Hair Loss?

Proscar then, is not intended for use with hair loss. However, since it contains a higher dose of finasteride than Propecia, this makes it much more cost effective, and so some men do decide to use it instead.

Obviously those who do use the higher dose product will need to split each pill into five 1 mg portions, and then take one portion per day to get the correct dose.

In theory, this is very easy to do – you simply need to use a pill splitter or pill cutter as shown below. But in practice, it’s not quite as straightforward as that.

You only have to take a look at the weird irregular hexagonal shape of these pills to see why. It’s almost as though it’s been deliberately designed that shape to make it difficult and off-putting for anyone to use the 5 mg version instead of Propecia.

The result of all this is that pill splitting can be quite a fiddly, messy process even with a dedicated pill splitter.

Can Proscar Cause Even Worse Side Effects?

Is there any extra risk of side effects if you use Proscar instead of Propecia? I believe there is. I think it's quite possible that additional side effects from finasteride could be caused by those who use this pill splitting idea for two reasons:

1. If Proscar does not help

Clearly then, it seems that the bigger the dose, the greater the effect and the higher the chances are that this drug will help. So, if after a year (1) of use, some men find that 1 mg is not having any beneficial effect, they might be tempted to increase the dose.

And given that each 1 mg dose is such a tiny fragment from the original Proscar tablet, this might also tempt them to put a lot more of the drug into their body.

2. If Proscar does help

Even if some small hair-related benefits are noticed, the fact that Proscar is much cheaper than Propecia might mean that some users could, once again, take the view that the more you put into your body, the greater the chances are that it will help.

But, overdosing will increase the chance of finasteride side effects. These are the reasons why:

So, whilst popping Propecia pills is a quick and easy process, taking Proscar for hair loss is a bit more messy, time consuming, and can potentially have greater risks.

However, it's not just men who are are risk. Finasteride can be dangerous to women and children too.

Can Women And Children Suffer Finasteride Side Effects?

One other concern about the potential side effects of finasteride is that there could be an added risk for women and children.

If a pregnant woman has skin contact with finasteride from the dust and powder created by a pill splitter (as you can see from the photos above), this can potentially cause abnormalities in the reproductive organs if her baby is a boy (6).

And since this drug could also interfere with proper male reproductive development after birth, children must avoid contact with it as well.

Read next page? How does Avodart compare with Propecia and Proscar?

Important: Finasteride side effects can continue even after you stop taking this drug. If any side effects listed on this page are experienced by a man taking it, or if any pregnant woman or boy comes in contact with finasteride in any form (Propecia or Proscar), then this must be reported to a doctor.