Can an SFRP1 Inhibitor Shampoo be a Real Hair Loss Cure? 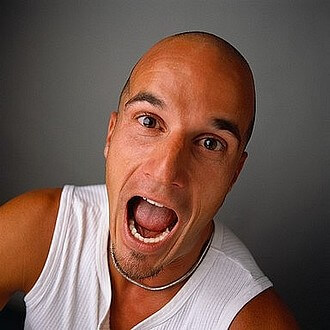 Can a drug that treats osteoporosis really be the hair loss cure thousands of men and women have been waiting for?

The drug, which has the catchy little name of WAY–316606, has been shown in lab tests that it can stimulate human hair follicles to start regrowing hair within just two days.

This meant that the tests were carried out on "organ cultures" (which are more clinically reliable than other studies which only use "cell cultures").

Doctor Nathan Hawkshaw, who led the study (1), seems very optimistic about the drug's potential as a possible new cure for baldness and hair loss. He said that WAY–316606 has no known side effects and that a clinical trial is now needed to prove it works and is safe.

The team is aiming for a gel or shampoo to apply the drug to the scalp. The results were published in May 2018 in the journal PLOS Biology (Public Library of Science).

This article takes a quick look at the science that's been giving new hope for an age old problem.

First, a few facts about a different drug, cyclosporine A:

1. Cyclosporine A can produce enhanced hair growth as a side effect when it's used in the treatment of autoimmune diseases.

2. Unfortunately, cyclosporine A can also cause over 60 other side effects (high blood pressure, blurred vision, chest pain, drowsiness, headaches, etc.)

3. Cyclosporine A is an SFRP1* inhibitor.

* SFRP1 is a protein that blocks the Wnt molecular pathway. The Wnt molecular pathway is vital for many tissues, including hair. Clearly then, anything that can inhibit SFRP1, might also help hair grow. So the new hope is that WAY–316606 can produce the same (or greater) hair growth enhancing effects as cyclosporine A but without the side effects.

So far, the research has only been carried out in a lab, so that's why clinical (human) trials are now needed. But, if these clinical trials are successful, then the team at Manchester University might have finally found a real hair loss cure!

However, don't raise your hopes up too high just yet. There are five big issues I think you should know about:

Three! Is that all?

This study has been reported as using donor follicles from over 40 male hair transplant patients in total. I would have thought that even 40 might be a bit low for a study to get any real attention and acclaim.

So I really hope that the hair growth promoting results from the hair follicles of just three men is going to be a true reflection of what WAY-316606 will eventually manage to do.

2. Risk of Side Effects?

"our study demonstrates that WAY-316606 is a promising new pharmacological promoter of human hair growth, whose toxicity profile [26] is expected to be more favourable than that of CsA [cyclosporine A]".

That reference number [26] relates to a study (2) which involved over 440,000 drug-like compounds being tested to find SFRP1 inhibitors. And one of these inhibitors, diarylsulfone sulfonamide, then led on to the development of WAY-316606.

Searching online for side effects of WAY-316606 then led me to sulphonamide side effects.

Like all drugs (or so it seems), sulfonamide has a very long list of possible side effects.

However, since doctor Hawkshaw did say that they're looking to apply WAY-316606 as a topical gel or shampoo (i.e., giving just a small localised dose), I think if any side effects do occur, the hypersensitivity reactions of rash and hives are the most likely.

Of course, even if just a small dose of the drug is needed, there could still be some unknown additional risk due to any accumulative effect that regular (permanent?) use might involve.

This Manchester University study reminded me about another study that involved Wnt pathways.

I reported on this website back in May 2007 that scientists at the University of Pennsylvania appeared to have discovered a way to regenerate hair follicles (in mice) using Wnt proteins (3), and were hoping that this would lead to a topical cream and a new cure for baldness.

So, given just how long ago that was, it does make you wonder whether or not application of Wnt proteins, or using an osteoporosis drug (WAY–316606) to inhibit a protein (SFRP1) which blocks the Wnt molecular pathway, is really going to work.

Minoxidil is a hair growth stimulator (by dilating blood vessels) and finasteride is a DHT (dihydrotestosterone) blocker. But WAY–316606 will involve interfering with Wnt pathways which serve very important roles in the body, including cell proliferation control.

So that raises the question:

Is it really a good idea to start messing around with something that will reduce the action of a protein (SFRP1) which exhibits control over the growth of human tissues?

To me it seems logical that, without such control, uncontrolled cell division and proliferation is possible, and is something that could lead to tumors or even cancer.

This then raises another big question:

Would a hair loss cure really be worth it if there's even the slightest risk it could cause tumors/cancer?

It suggests that excessive DHT accumulation in the scalp follicles might cause DNA damage which could then pose a risk of tumor/cancer development. It focuses on two studies, one of which also involved Wnt pathways (4).

This latest research very much reminds me that I once read about how minoxidil became widely used to treat hair loss.

It turns out that researchers studying rat's urine (yes, rat's urine) discovered that a breakdown product it contains had antihypertensive properties.

So, as well as treating hypertension (high blood pressure), minoxidil was also developed as a hair growth promoting agent and successfully gained FDA approval for hair loss treatment back in 1988.

Of course, minoxidil didn't turn out to be the hair loss cure everyone was hoping for. Decades on and new hair loss "cures" are still coming and going, hitting the headlines in exactly the same way, and promising exactly the same thing.

So whether or not WAY–316606 will be the next big hair loss breakthrough that so many men and women have been waiting for, is still very much in question.

A Natural Alternative, But Not a Cure for Hair Loss

From the testimonials below, you might think that my own natural techniques might also be regarded as a hair loss cure.

But, unfortunately, there's still no such thing. Clearly, some people do get a bit carried away when they finally get the success they’re after. But I’m afraid my techniques can't actually "cure" hair loss.

They do, however, provide very effective help. Just read the testimonials below and see for yourself:

"Hi Paul, I recently purchased your ebook on how to reverse and cure hair loss.

I found it very interesting and am using the techniques prescribed.

Some hair loss does run in my family. I noticed out of the blue about a year ago that the hair at my hairline was getting incredibly thin. Then started to notice an overall thinning at the back and now crown.

I am hoping your exercises will restore this hair and help keep thick healthy hair.

After about 4 weeks performing them I have noticed that I am not shedding hair on my pillow any more and not losing in the shower. I believe your skull expansion theory has merit. It makes sense. Thanks."

"...I have already started to see some new growth and thickening after 7 weeks. Thanks."

Note: That last testimonial mentions skull expansion. Something which I firmly believe to be the fundamental reason behind this type of hair loss (androgenetic alopecia).

In my opinion, a true hair loss cure surely has to be one which requires just a one-time application (like a vaccination). Or, at most, only a very small duration of treatment.

I simply can't accept that something you'd need to keep taking for the rest of your life can be considered as anything other than hair loss management, treatment or remedy.

What I find most interesting about this latest study is that, every now and then, a new drug, substance or device seems to appear which promises to (finally) become the cure for hair loss everyone has been waiting for.

But, unfortunately, this ever-growing list of such promises has yet to yield any such cure.

So why is that?

I think the answer lies partly in funding and partly in the new ideas themselves.

To be a true cure for hair loss, it has to be verified. And that means a lot of testing. Which means a lot of money! It also means a lot of time - often several years before the science boffins know for sure whether or not they finally cracked it, or whether they've just discovered yet another way how not to cure hair loss.

Given all the potential problems WAY-316606 might have then, it seems to me that there could still be a long "WAY" to go for the hair loss cure we've all been waiting for!