Menopause And Hair Loss in women (and "Manopause" in Men) Explained 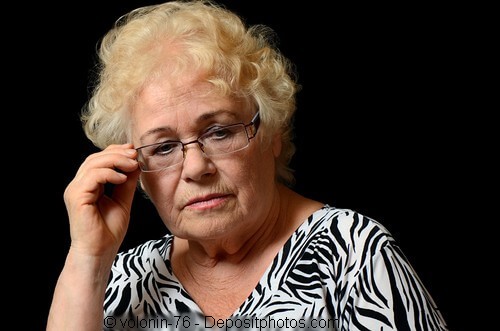 The menopause and hair loss often coincide. And whilst the menopause is a very real physiological change that marks a new phase in a woman's life, some men of advancing years also feel a male menopause (or "manopause") is upon them which might add to, or even cause, the hair loss they have.

This article examines hair loss during the aging process in men and women. It also reveals what you might be able to do to "keep your hair on" later on in life.

Not only do you start getting hot flashes, mood swings, etc., but you might start losing your hair as well! 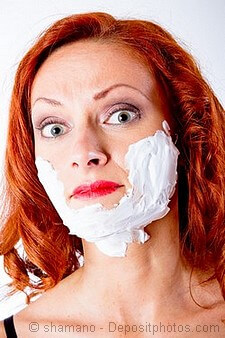 At the menopause, estrogen levels drop dramatically (1). And this can allow testosterone and its derivative dihydrotestosterone (DHT) to start manifesting on a woman's body.

These male hormones (androgens) can cause noticeable scalp hair loss to develop (or get even worse if it was already happening before the menopause) (2).

Of course, it's important to keep things in perspective. Scalp hair loss and facial hair growth are just two of the many possible menopausal symptoms that exist (there are about 20 in total).

And many of these other symptoms are a lot more serious in that they might bring severe disruption to a woman's life through the physically painful conditions they cause.

However, the thought of losing a glorious head of hair (and developing facial hair instead) can only add to the sheer frustration that many women experiencing the menopause must feel.

So, given the whole host of other menopausal symptoms that also exist (1), it's not really surprising that many women opt for hormone replacement therapy (HRT).

Many menopausal women undergo HRT to replace the estrogen their body lacks, and help with many of the menopausal symptoms, including scalp hair loss and facial hair growth.

However, it's very unlikely that HRT drugs will be prescribed by a doctor solely to address hair loss. Taking HRT drugs is not without risks*. So a doctor must be consulted to discuss both the range of symptoms, and the range of treatment options that might be best.

* Some HRT drugs can increase the risk of breast cancer, heart disease, stroke and blood clots (3).

Often called the andropause or manopause, the male menopause and hair loss (from androgenetic alopecia) might be connected too.

The andropause is so named because the hormones involved (e.g., testosterone and DHT) belong to the hormone group called androgens.

The term andropause then, suggests that in men "of a certain age", the production of these hormones will rapidly start to decline (i.e., just like hormone production does in women at the menopause).

At first glance, a decrease in testosterone production might suggest that hair loss is actually less likely the older men get.

That's because, since high levels of testosterone mean there's more of it floating around the male body (which can get converted into DHT and contribute to hair loss), less testosterone should mean less DHT and less hair loss.

But, unfortunately, it's not as simple as that:

1. First of all, skull expansion (which is what I firmly believe is the underlying mechanism behind androgenetic alopecia) is not wholly driven by DHT. Other hormones can also increase bone growth, and so might also contribute to the skull expansion process. Insulin, for example, seems able to do this (4).

2. Also, the main factor which determines whether or not hair loss develops is skull shape, not simply high DHT levels*.

* It's actually quite obvious that something else must be involved in the hair loss process when you consider that some men can have very high DHT levels but still not suffer any hair loss.

So these two points might explain to some extent why this type of hair loss can continue beyond the so-called manopause.

Do all men experience the andropause?

There seems to be some uncertainly as to whether or not men truly experience the andropause (5).

So, instead of an actual male menopause event comparable to the menopause which affects all women, most men might simply experience a gradual decrease in testosterone production as they age. And the symptoms associated with the andropause will affect some men more than others.

And, similarly, just as taking HRT drugs can pose a risk for women, TRT is not without risks for certain men too (6). 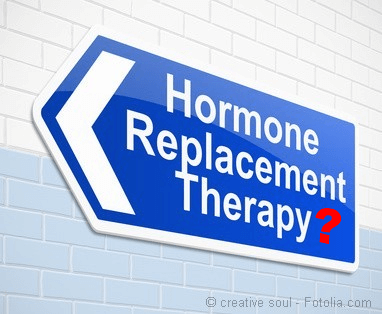 The Aging Process: A Long Life Taking Its Toll on Your Hair

So far, the focus has all been about androgenetic alopecia.

But what about hair loss caused by the aging process itself?

For some women, hair loss only starts to develop slowly over many years once they’ve already reached a ripe old age, rather than rapidly when they’re young, or during the menopausal years when they're middle-aged.

So, for them, there might not be any association between the menopause and hair loss at all.

Instead, it might simply be related to the aging process itself rather than one specific type of hair loss. It’s as though an older body simply doesn’t grow hair as well as it used to.

And there can be a number of reasons for this:

1. As you age, your metabolism slows down, making it more difficult to recover if you get ill or injured. And, when you’re ill, your hair is often the first to show it. Both the condition of your hair and quality of hair growth can fade.

2. An older body can also find it harder to keep its hormone levels balanced. And certain hormone imbalances can be connected to various types of hair loss.

3. The damage caused by years of eating and drinking junk, and the cumulative effects of stress can also take their toll on your hair.

Hair loss seems to be getting worse

In the future, more and more people will lose their hair.

The reason why, is partly because of our hectic 21st century lifestyles, following bad diets and suffering more stress (as mentioned in the last section).

But it's also because people today are living much longer than ever before. For example, within the past 200 years, the average life expectancy in the UK more than doubled, and is now higher than 80 years.

Statistically, that means the percentage population of older people is increasing when compared to the younger population. So it’s highly likely that you’ll notice more and more elderly (and balding) individuals in future.

Of course, most people you see who are totally bald are older men. Or at least it seems that way. Losing most of your hair can often have an aging effect on your appearance. So even men who suffer complete baldness at a very early age can often look a lot older than they really are. 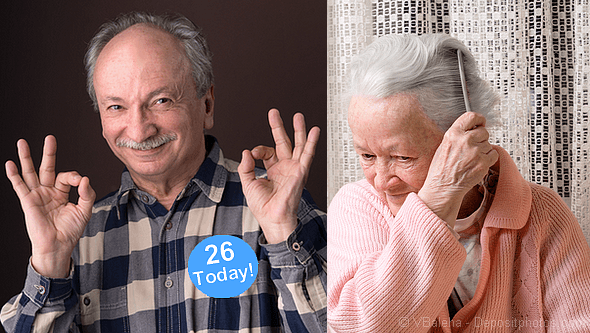 The inevitability of hair loss?

Sooner or later, most men begrudgingly accept hair loss as simply an inevitable fact of life.

And, to some extent, the same applies to women. Maybe seven or eight decades into life, perhaps with a successful career and a flourishing family behind them, many women will no longer be too concerned about a "trivial" issue like hair loss.

After all, there are far more important things to do with whatever time you have left, right? 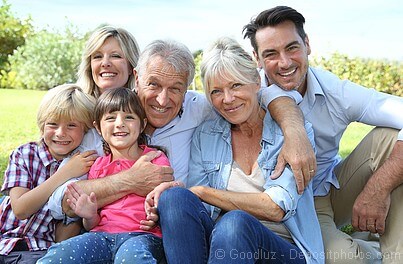 However, there's a large number of men and women who would rather stay attached to the hair they have, no matter what color (or shade of gray) it now is.

Quite apart from the fact that hair loss has always been synonymous with the aging process, the reason why is also likely to be because we spend so much of our lives with hair that, for many, it becomes a big part of their self-image.

So, letting go of something like that might seem to be the hardest thing to do (even though everything else in the body might be falling apart too!)

There Is Another Way

I believe there's a good chance that the techniques I developed (which successfully stopped my own hair loss from spreading into total baldness) can help men and women who may be suffering hair loss later on in life.

There are eight techniques in total, but my three massage-related techniques would most probably be the most important* for someone at the menopause. That's because they can quickly improve, and maintain, scalp flexibility and circulation.

* These three techniques might not be the case if you definitely know that skull expansion (androgenetic alopecia) is causing your hair loss.

You can learn about my techniques on the frequently asked questions page.

Androgenetic alopecia is by far the most common type of hair loss. It can affect men and women, young and old. And a huge number of men and women will be looking for a solution to this big problem when it hits them (at whatever age).

Which is why it’s very unfortunate that the hair loss industry still does not know for sure exactly what mechanism is taking place that causes it.

I believe the sooner the hair loss industry recognizes skull expansion as the underlying cause of androgenetic alopecia, the sooner all the speculation and uncertainty surrounding the true nature (and future treatment) of this condition will end.

"Hello! This is Rose. I have received the ebook and I'm using the techniques. My attitude changed from the first day I started. Knowing I'm doing something for my scalp alongside the techniques has helped me stop worrying about my hair."

"Thanks Paul. I've been concentrating on your techniques from the ebook. I notice an amazing result every time. My hair gets very energized."

"Your techniques are the only truthful hair loss remedy I have ever found, as it completely resolves the problem."