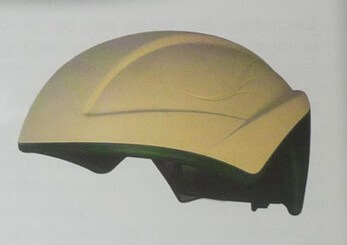 The BX3.4 hair loss helmet (also called the hair regrowth helmet) became available around 2001. It was developed from labs in Switzerland and France, and largely marketed in Europe.

This review examines the BX3.4 helmet as well as the two ways it was supposed to work: aromatherapy and electromagnetic field (EMF) therapy.

How Did the BX3.4 Helmet Work?

The hair loss helmet was then worn for 30 minutes whilst sending electromagnetic pulses into the scalp. This procedure was repeated three times a week for eight months. If it worked, this could then be reduced down to one or two times a week.

The company (BX3 General Labs) stated that clinical trials were completed and claimed that results showed: "81% of subjects experienced an increase in hair density in just 24 weeks".

However, the device was not FDA approved (due to the high cost and complexity that such testing entails).

The helmet was said to be suitable for men and women with mild to moderate hair loss (caused by androgenetic alopecia) and no side effects had been reported.

It ran on rechargeable batteries, had an inbuilt timer to let you know when 30 minutes had elapsed, and also counted the total number of sessions completed.

The essential oils it used were developed specifically for hair loss caused by androgenetic alopecia. These include:

They were blended together using sunflower seed oil. 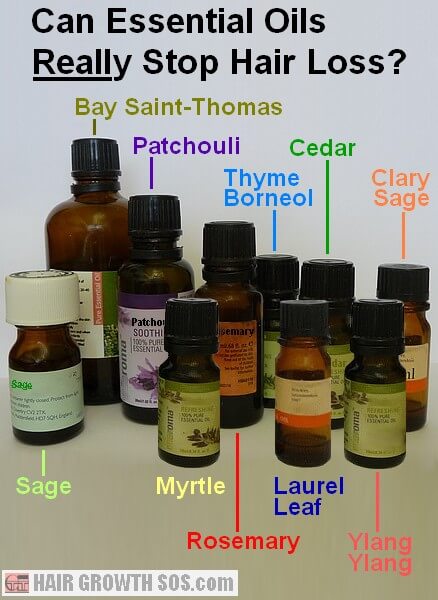 On the UK website, there were a few positive testimonials from both men (with some before and after photos) and women. Another reviewer elsewhere praised the helmet but said he didn’t think the essential oils did much.

Here's the science behind using electromagnetic therapy and aromatherapy for hair loss:

On its own, aromatherapy might be able to slow down or stop hair loss for some people, and may even produce a small amount of hair regrowth as well.

The extent of any such positive effects will obviously be dependent upon which essential oils are used and the severity of the hair loss (this aromatherapy for hair loss review reveals the essential oils most likely to help).

According to the official (UK) website for the BX3.4 helmet, the essential oils they chose can:

2. Balance the amount of sebum produced by the sebaceous glands.

3. Increase the rate of hair cell multiplication within hair follicles.

However, on their own, essential oils can’t really regrow a significant amount of hair.

But, clinical trials suggest that, in combination with pulsed electromagnetic treatment (such as that emitted by the hair loss helmet), results can be improved.

For example, one 26 week trial (1) reported:"a decrease in hair loss in 83% of the volunteers and a more than 20% hair count increase over baseline in 53% of patients".

All electric currents produce electromagnetic fields (EMFs). And, at certain frequencies, these can have a positive effect on human cells and tissues.

Such benefits can include:

3. Speeding up the healing process.

And several forms of electromagnetic therapy have already being used to treat a variety of conditions, including cancer (2).

However, it’s also quite well known that there’s been some concern about excessive exposure to "electro smog" during our day to day lives, and that this might be associated with some health disorders. This is known as EMF syndrome.

But, whichever way you look at EMF therapy, the science and clinical trials do indicate that there is some therapeutic value to it, although no one really knows exactly why.

A Much Cheaper Way to Test This Type of Therapy?

When it first came out, the BX3.4 hair loss helmet cost several hundred pounds. It’s now about half that. I also once saw one listed on Ebay for £1, although there were no bids for it!

You also get three bottles of the blended essential oils, which should last about six months.

However, there would be ongoing costs should anyone using the helmet decide to keep persevering with this approach to hair loss.

Obviously, more essential oils would routinely be needed. And, at £30 per bottle (which contains just 15 ml) plus shipping, it wasn’t cheap (especially when you consider that the top ingredient was simply a carrier - sunflower seed oil!)

So, rather than investing hundreds into a product that might not even work, you could always try a DIY (do-it-yourself) approach first.

There are plenty of other pulsed EMF devices you can get hold of (like the one shown below) but it might be a problem finding one that can easily be applied to your scalp. 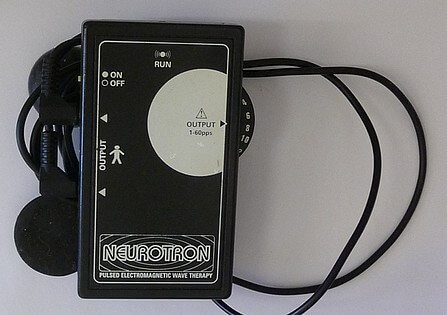 Ideally, you would get one with a similar output to the BX3.4 hair loss helmet, which produces a low rate of pulses and emits EMF at a high frequency (between 3 and 30 megahertz (MHz)).

Note: the output of the BX3.4 is about a thousand times less than what you would receive from using a mobile phone.

As for aromatherapy, it should be easy enough to find the exact same essential oils and then create a similar blend using a suitable carrier oil*.

* A carrier oil doesn’t have to be sunflower seed oil as stated above in this review. Almond oil, olive oil, etc. should be very affordable alternatives.

Then, if such a device showed some positive signs (like slowing down your rate of hair loss) you could maybe start thinking about investing in something like the BX3.4 helmet.


An Alternative to the Hair Loss Helmet

Before I finally arrived at my own solution to hair loss, I tried essential oils myself. And I have to say I found it all a very messy, smelly waste of time, effort and money.

However, I didn’t use any pulsed EMF device alongside. So it would be wrong for me to completely dismiss this approach to hair loss. But, "zapping" yourself with EMF radiation seems potentially hazardous, as mentioned earlier.

So, personally, I would say it’s best to steer clear of this type of treatment for hair loss.